I’ve been deeply involved in a new book these past couple of weeks.

You know that feeling if you’re a fiction reader: you think about the characters when you’re doing other things, and genuinely feel bereft when you have to let them go at the end of the book. You feel like you could continue discovering more and more about them. You don’t want the story to end.

Book 18 of my reading challenge is Ask Again, Yes by Mary Beth Keane. I found this on Waterstones recommended new fiction list, and ordered it from my local library. (Quick tip: when I run out of reading inspiration, I often trawl the new fiction lists on big book websites like Waterstones and then see if the books are available from the library for free!)

Ask Again, Yes follows the trajectory of the Gleeson and Stanhope family. At the beginning, Francis Gleeson and Brian Stanhope are fledgling New York police officers, both about to get married. They end up becoming neighbours in a leafy suburb, and Francis’ wife Lena tries to make friends with Brian’s wife, Anne. Anne is a quiet and serious woman who makes it clear she doesn’t want to strike up any kind of friendship with any of the neighbours.

The action moves between the adults and 2 of their children, Kate Gleeson and Peter Stanhope. As the story unfolds, we get snippets of narrative from the points of view of the main characters. I found the way Keane does this very interesting. I would have thought it would get annoying with the points of view changing throughout the book, but it didn’t. I think that because the lives of the characters intertwine and evolve, you really get a feel for the complications of their lives, as well as see events from differing viewpoints.

Anne Stanhope is clearly mentally unstable, and we get viewpoints of this at various times from herself and those around her, particularly her only son Peter. When a tragedy occurs affecting both families, the subject is handled realistically and with empathy. There are no villains or heroes in the story, which is refreshing. We see the frailty of human beings who make mistakes and hurt one another along the way, as well as the reassuring feeling that love and understanding – as well as forgiveness – can go a long way towards repairing the mistakes of the past.

I would definitely recommend this novel for anyone who likes to envelope themselves inside a story of vivid characters and a meaningful storyline. I didn’t want this one to end… 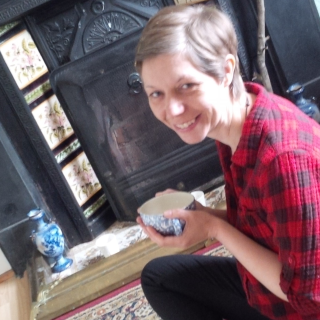